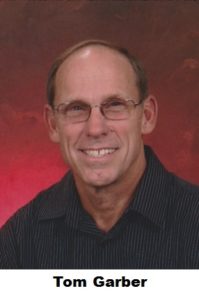 Tom spent 32 years in the utility industry with a focus on medium voltage distribution. During that time, he developed a passion for using his electrical skills to meet the critical power needs of Christian hospitals, orphanages, mission stations and youth camps worldwide. This has led him to over 46 countries while serving with Tech Serve Int’l and since 2006, serving as founder and President of I-TEC.

He thoroughly enjoys working alongside professionals and volunteers from across the USA and Canada who make up the strength of I-TEC as they focus on “Powering Missions Worldwide”.

Tom’s idea of a power system built within a shipping container and powered by solar panels as the primary source, became a reality in 2013 and now six units are providing life saving power in three central African countries.

After 35 years of marriage Tom’s first wife lost her 17 year battle with cancer in 2003.  They had one daughter.

Tom remarried a former New Tribes missionary who served in Papua New Guinea for 21 years.  Whenever possible, Linda travels with Tom on projects worldwide.  Together they make a great team.