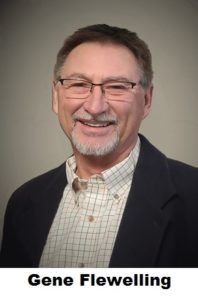 Gene holds a BA degree in Business and Economics and an AA degree in Management and Supervision.  He is a qualified journeyman lineman.  He worked in the utility industry for forty-one years before retiring from his position as General Manager of Operations Services, Met-Ed, in February 2014.

Gene began serving in electrical missions in 1991 as a Tech Serve Int’l volunteer.  Since I-TEC was founded in 2006, Gene has served on the Board of Directors and currently is Vice President.  To date, Gene has been a participant and/or leader on project teams to twenty-eight countries.  He was married to Stephenie in 1974.  They have two sons .  In their free time, they enjoy camping and biking.  Having hiked over 700 miles of the Appalachian Trail, Gene especially enjoys long distance hikes, exploring the beauty of God’s creation.